If you’ve done any research into writing a screenplay you’ve probably heard the term beat sheets. Even more likely, you’ve probably encountered my nemesis, Save the Cat*. Blake Snyder’s critically acclaimed book details exactly how to write a screenplay that’ll sell. It’s got the formula and all the tricks of the trade that’ll make you a big name screenwriter. A lot of books and websites have formulas like it as well. They’re all comparably helpful.

The formula is what we’re going to talk about today. That formula is a ‘beat sheet’.

*Ugh. Fine. Not my nemesis. StC is a perfectly acceptable book to read. I’m just a whiner.

What are beat sheets?

Ultimately what Save the Cat, and a few other books and sites teach you is to lay your story out using the concept of a ‘beat sheet’. The beat sheet is a series of events (and scenes) that happen in your screenplay. It’s the plot. A lot of different places have different names for each of the ‘beats’, but it’s all pretty similar. In fact, much of this concept originates from older texts like Campbell’s The Hero’s Journey. In basic western-oriented culture, our stories and myths follow a certain set of rules and plot points, and films are no different.

Sometimes beats focus on basic scenes that have to happen, while other times they are focused on steps and emotional hurdles that your protagonist is taking throughout the story. You can map out any movie or novel you’ve encountered by its beats; find a formula that speaks to you and look at your favorite stories through that lens.

The beat sheet is a tool above all else; a good screenwriter has a few different tools in their arsenal, and sometimes the same tool in different shapes and sizes. Beat sheets are no different.

So, should you use beat sheets?

If you answered yes to any of the above, you might benefit from a beat sheet.

I’ve used beat sheets for some projects and gone free form for other projects, and there are benefits to each approach. If you’re just starting out, you should consider figuring out your beats ahead of time. If nothing else, it helps you work through some plot holes or issues before you’ve gotten yourself in too deep. You don’t write your first novel without an outline, so why should your first (or second, or tenth) screenplay be different?

Which Beat Sheet is Best?

While there are a lot of different beat sheets and templates you can find online, they all boil down to the same basic equation; beginning, rising action, climax, falling action. Obviously there’s a lot more in there, but that’s a good place to start.

A lot of movie beat sheets emphasize things specific to films such as first and last frames and page numbers where certain things should happen. These are valuable tools but should be taken with a grain of salt. The advice oftentimes comes from a producer’s standpoint, but if you’re still working on developing your screenwriting legs you may feel constricted.

Also, most beat sheets have cutesy names for each beat that happens in the film. I understand why they’re presented this way, but I loathe it. It’s not “dark night of the soul” it’s “point where the character hits rock bottom.” In many ways, the names of the beats are just confusing enough that you have to buy whatever book they’re selling in order to understand what they’re talking about. The film industry speaks in a dialect of English that is just confusing enough to keep outsiders out. The beat sheet names are no different.

What beats does your screenplay need?

Save the Cat and other beat sheet templates all have the same things, just with different names. While I am not a huge fan of Save the Cat, I’m not above admitting that your screenplay needs at least some of the things in their list of beats. Another fairly popular list of screenplay beats is from No Film School. Their list has some great video examples that really give you a good idea of what they’re talking about.

I translated the first act of these two beat systems into basic, pared-down English just to give you an idea of what you’re working with.

*No Film School states that this beat is closer to the beat ‘The Promise of the Premise’ from Save the Cat. It probably is. Who am I to say? This is not a perfect parallel of beats, but instead a way to examine the things your story needs.

Obviously the above table shows that I feel that some of the beats from Save the Cat are comparable to two beats or more from No Film School. A catalyst can be an emotional OR physical hurdle. Furthermore, the concepts tied in with Campbell’s The Hero’s Journey make all of this even more fluid, as that focuses a lot on both the external and internal debate of the ‘call to action’.

Of all the research I’ve done and information I’ve encountered, the most thoughtful and ultimately best explanation comes from Master Class. It really is a wonderful look into what actually needs to go into a beat sheet. Furthermore, it details the various different kinds of beats you can focus on, which Save the Cat and No Film School don’t.

Beat sheets are a framework.

It’s all relative and it’s up to you what your story will focus on. If you’re writing a comedy, the emotional is probably less important than the physical. If you’re writing action, focusing on emotion might lend a new perspective that gives depth to a physical-leaning story.

Again, beat sheets are a great tool if you’re smart about how you use them. Sometimes I really like them, and other times they make me feel like I’m boxed into a formula. Using them isn’t a crutch, but rather an aid that can elevate your story to the next level.

Find a formula that speaks to you and, most importantly, have fun! That’s why we write, right?

I’d be super chuffed if you joined my email list. Get the latest Gremlin news and exclusive downloads! I never spam and I’d love to keep in touch with you! 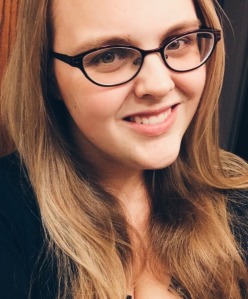 All I care about today is Knit Picks line of Chroma worsted yarn. I mean, look at those colors! 😍🧶💗
It’s incredible what a doozy of a year can do to your priorities, isn’t it? I had a whole five year plan, complete with ideas for potential income streams, moving to a new city, and having a super cute apartment. Clearly that didn’t happen, and that’s okay, even if sometimes it doesn’t feel okay.
This has been a hell of a month. I turned 32, got a new puppy and had my first ever trip to the ER. I’m also trying to write poetry because screenwriting isn’t happening right now but I want to create something. It’s been a trip. Happy October, meet Eloise, my beautiful derpy, wiggly demon child whom I love very much.
After. Before. Heirloom and cherry tomatoes made into a cool Egyptian tomato salad (recipe curtesy of goddess divine, Nigella Lawson). Ain’t she a beaut?
I was trying to take a cute pic in my alum hat and then made the same face I make in every selfie now. Oops.
Was just taking this pic for me but it ended up looking so nice. Look at my little blueberry cherry tomatoes. They’re so pretty! #gardenersofinstagram #tomatoesofinstagram
Loading Comments...
%d bloggers like this: